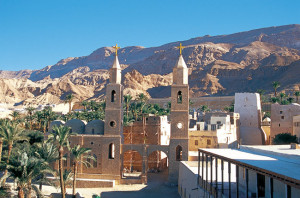 “Some people are never satisfied Even when their dreams come true. Others are quite content with whatever little things come their way.”

It is midday in the middle of nowhere. Yellow dunes and flats of sand extend all the way to the horizon in every direction. The sun is relentlessly baking the world around with ferocious heat. You can see the hot air dancing and rising from the sand around you and creating all kinds of mirages to trick your exhausted mind. You try to lick your own sweat lest you should lose some moisture…

He was almost half a day’s walk away from his sanctuary. He wanted to go deeper into the wasteland but he couldn’t. Exhausted, he stopped and fell on his knees. The hot sand scorched him. So; he had to jump to his feet again. There was not a shady spot anywhere around. Well, may be it was time to fall back where he came from. He thought of running back so that the wind will help cool him a little. He did run for a short while like a drunk running for another drink… until he eventually fell, rolled down a sand dune, and lost consciousness. When he came around, he was feeling cold. The sun was already down, with varying degrees of purple and orange filling the sky in the western horizon. He noticed that the sand was still warm. He buried himself partially in the sand and let his mind do the running.

It was not long ago when he dreamed of going to the desert. At the time, it seemed to be the most appealing idea compared to the crush of the city life. The maddening demands, the unstoppable rush and the non-ending howling of people, machines, media and animals could drive any body over the edge of sanity. He heard about the desert. Many people talked about the serenity, the quiet, the beauty and the holiness of the desert. He dreamed of running to the desert to be alone there. He would laugh or cry without any body bothering him, nor would he have to bother anyone by his laughing or crying. He imagined himself sitting on a little hill; singing a beautiful melody and nobody would complain that he was making noise or that his voice was unfit for sensitive human ears. His song would carry on over the rolling hills in a beautiful reverberating echo. He would compose songs about heavens and the stars. He would pray aloud and say everything he wanted to say to God without fear of being ridiculed or derided…yeah, the desert seemed to be the answer to all his quarries…

A desert snake passed fast next to him. It stopped for a moment to check if he was a threat to it, then it moved away and disappeared. It was the middle of the night now. The full moon was covering the wilderness with a silvery sheet of light. A slight breeze was whistling around his ears. He could hear his own heart beats. For some reason he couldn’t understand why he was feeling happy and sad at the same time. It is an indescribable kind of feeling…he was in the desert…after all, that was his fantasy…it is now a reality…how many people can say that about their dreams…then, he remembered the searing heat of the sun. He pulled himself up fast and decided to outrun the sun back to his sanctuary.

It was daybreak when he saw the low stony fence at the distance. He thought that the crimson lights of dawn were playing tricks with his eyes. The scattered high buildings behind the fence looked brown and yellow. Is he at the right place? What happened to the few white one-story buildings he knew? By the time he reached the door, he was very tired. He rang the bell and waited. He had to ring the bell several times, and at last the door was opened. He stared at the person opening the door and wondered,

“Where is the regular door keeper?”

“He has been reassigned to other duties.” Was the blunt answer he received. He walked in expecting the worst as he was regurgitating all the events that caused him to leave in the first place. He tried to find his room. After a short search in the labyrinth of corridors, rooms and hallways, he finally realized he couldn’t be in the same place he left. The few people he encountered were aloof, polite and completely indifferent to his existence. He did not recognize any of them. Somehow, he felt a little relief because it all meant he would not have to deal with the same overseer who drove him out before. He felt a little sick as he remembered the face of the old man. The sneaky smile and the soft words, which always meant the exact opposite of what, he had in mind. The daggers shooting out of his eyes which were pretending to shower people with compassion. Well, where is the overseer of this place? He walked into one of the halls to find a man reading a book. He sat next to him and softly asked,

“It seems that I lost my way and came into this place… may be I have to talk to the overseer?” the man put down his book and turned to face him. He sized him up for a moment and then he said tartly,

“The overseer has died a few days ago.” That was the last thing he expected to hear. He didn’t know whether that was good or bad. If he were anything like the overseer he clashed with before, then that might be a good thing. However, this one might have been a good caring person, which would mean that the people here might be mourning his departure. He thought for a moment and just as he was about to ask his next question the man spoke again as he returned to his book,

“There are some guest rooms on the upper floor; you may want to use one of them.”

“Is there any particular person I have to report to?” he said as he was standing up.

“I’ll take care of that. The kitchen is still serving breakfast in case you want to eat something…it is directly below this room in the lower level.”

He spent several days in this new place. Nobody approached him and nobody talked to him unless he approached them first or asked them questions. The answers were always polite and short. It felt like people in this place had no emotions. They were living in an automated kind of isolation. May be they were using telepathy to communicate? He couldn’t see any one smiling or sad. Nobody seemed to be cheerful or miserable. They all had the same bland expression on their faces and had the same nonchalant attitude.

He walked into the great library with thousands of books stacked all around and he felt like he had just walked into heaven. He forgot all the questions and all his trepidations and began floating from shelf to shelf like a bee who just found a wonderful flower grove. He finally found a book with a strange title… “Service” He opened it and started to run through it. He had to sit down. It was like all the world became a reel of moving pictures in his head. The streets of the city where he grew up, the dreams of the desert, the scorching sun, the old overseer…the sanctuary and then…one last question seemed to hang in the air…???

One thought on “Fantasies and other Extra Ordinary Illusions”